In this issue’s Hunt Book introduction, we present some fascinating facts on a topic near and dear to my heart, where ducks come from. When you read “Ducks, Flyways and Outliers” (page 5), one point becomes obvious: The migratory waterfowl we hunt connect us to far-reaching corners of our continent, and to ignore conservation issues near and far is to ignore our own future as waterfowl hunters.

To their credit, most duck hunters do support conservation. Yet while showing up to the local .org banquet is a good thing, we must do more. We must inform ourselves and hold politicians accountable. The threats to wetlands, clean water, and ultimately waterfowl continue to make inroads on ducky habitat in so many places that steady declines in duck production become inevitable. Civilization can only chip away at something for so long before it is all but eliminated.

Have you ever been to Minnesota and seen its “10,000 Lakes”? Do you know that Minnesota was and still is a part of the prairie’s famed “Duck Factory”? Did you also know that Minnesota today has only 2 percent of its former wetlands? Lakes and wetlands are not the same thing. Lakes don’t support the food needed to grow ducklings. Shallow wetlands do.

Turning to the rest of the original Duck Factory, Iowa used to have wetlands too, 5 million acres of them. Now 95 percent are gone. North Dakota and South Dakota are headed down the same road, slowly but surely.

The latest news in the wetland wars comes from Canada, Saskatchewan specifically, where for years we’ve been hearing complaints from hunters and outfitters that the province’s wetlands have been disappearing. Seems the Saskatchewan prairie is suffering from the same affliction as the U.S. prairie—wetlandphobia.

Wetlandphobia occurs when so-called ag PhDs, bought and paid for by the agribusiness industry, preach the tile and drain land ethic in terms an evangelist would envy (remember, every extra acre of land sowed equals extra purchases of seed and chemicals). Further stoking the frenzy are campaign-financed politicians hanging their hats on the evils of “environmental regulation”—in this case, wetland protection. You see, wetlands have a great deal to do with the environment in that they filter pollutants like ag chemicals from upstream runoff, recharge groundwater supplies, help control flooding and reduce sediment runoff into downstream rivers and lakes. Conveniently, for us, they also produce ducks. 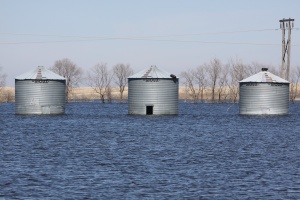 unting, but even this motherland of waterfowl production has its own soft underside of easily extracted wetlands.

Now, in Saskatchewan, two farmers are suing a provincial agency for flooding on their land caused by “unauthorized drainage.” These types of lawsuits have seen little success in the U.S., where a landmark Iowa case surfaced in 2017 but was dismissed by the courts. Canada might be different, however. Depending on the outcome of this small suit brought by a couple of Saskatchewan farmers, the playing field could change. Let’s hope!