Two springs without a survey of the continent’s waterfowl breeding population, followed by a summer of severe drought on the same survey grounds, would suggest a giant blind spot in waterfowl management. Most of us have a measure of faith in those minding our duck and goose stores, but perhaps now we should call it blind faith.

It’s not that we don’t appreciate not having had a major change in season length or limits in more than 20 years. But many of us remember those lean times that called for fewer days and smaller bag limits. This makes us wonder. Considering the carnage of last year’s drought, the proposals for this year seem, well, pleasantly, and generously surprising.

Here’s what we appear to be headed for in the fall of 2022. (This is not final, check your local listings later).

Unless there’s a shock wave, frameworks are calling for another 60-day season in both the Atlantic and Mississippi Flyways. Central Flyway hunters can expect another 74 days, and Pacific Flyway hunters another 107 days. Status quo.

Don’t expect a change in mallard limits because there doesn’t appear to be any coming. Bad news again for those in the northeast with their two bird (one hen) mallard limit. If you hunt the middle of the country, you can shoot four again in the Mississippi Flyway and five in the Central. In the Pacific, it’s still seven (two hen max in all, of course).

Our scaup problem isn’t going away. Can we help it that bluebills seldom come in as singles? It appears that if you live near the coasts, you are getting two bluebills, at least for a portion of the season (east coast), but everywhere else it’s again one bird. 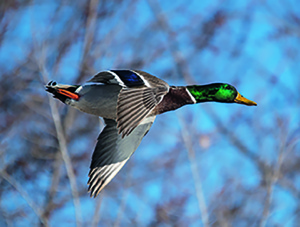 backs have been christened “okay” apparently. At least okay enough to move the limit from one to two nationwide. Who would have thought we would see the day when the canvasback limit was higher than the scaup limit?

Pintails, those elegant birds that, surprisingly, so many hunters reported seeing in numbers last season (could just be hearsay) are still going to be a one and done, nationwide. Sorry, Pacific Flyway friends (some Central Flyway hunters also feel your pain).

Black ducks will be afforded moderate regulation in both the Atlantic and Mississippi Flyways, with a daily limit of two. Worth it for a Sunday morning worship at the altar of an eastern salt marsh?

A blue-winged teal bonus of two birds beyond daily limit should apply to those places that forego early teal seasons. This includes Montana, North Dakota, South Dakota and Wyoming during the first 16 days of the regular season. Come early, supplies don’t last.

Based on our shared experience, if these frameworks hold, it seems we’re getting off easy in a time of major drought. Maybe the weather this spring and summer will prove the store minders right. We shall see.