We’ve been hunting waterfowl in the U.S. without lead shot for 30 years now. Has it been that long? Seems like only yesterday that we were young fellas getting visited in our blind by a game warden with a magnet. And, if memory serves, lead bans on state managed waters began years before the nationwide ban—at least in Minnesota.

A Rocky Start
Truth be told, the evolution of nontoxic shotshells following the lead ban had a rocky start. Traveling at speeds that produced deadly results with lead, steel shot seemed at first, well, more like shooting Styrofoam, especially when it came to things like swatting winged birds on the water. But credit the shotshell industry for making the adjustments that brought us steel loads so effective that, today, we don’t think twice about using them.

Credit also the innovation that brought us a range of nontoxic shotshell products that perform as well or better than lead once did. Bismuth, tungsten, special buffers, copper plating, load blends, special powders and better components have given us a range of effective shotshell options not seen even IN the “good old days” of lead pellets. 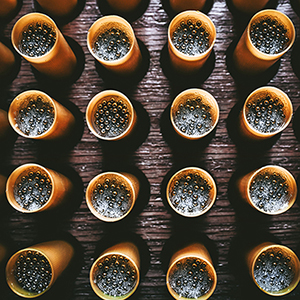 A Different Frontier
What brought all this to mind was a recent letter from a reader concerned with the use of lead shotshells in Argentina. The man, a waterfowler, noted that some writers promote Argentina as a place to return to the “good ol’ days” of shooting lead. That narrative bothered the man. He pointed to Argentina’s lead “problem” and the difficulty the country is having addressing it.

A little research revealed that shotshell ammo, lead shot, certainly is cheap and accessible in Argentina. A box of shotshells at a lodge costs about $12 for dove loads and $15 for duck loads. A 2019 study documenting the use of lead shot noted that, in the top dove hunting province, between 210 tons and 480 tons of lead is scattered afield each year. Conservative estimates in a major waterfowl hunting province between 2007 and 2009 said that at least 56 tons of shot were added to wetlands.

And lead is showing up in livestock and people in Argentina. Of specific concern was evidence of lead found in the baby teeth and in the bloodstreams of local children.

Efforts to curb lead entering the environment in Argentina faces hurdles. A primary hurdle is that the country does not have the industry to produce nontoxic ammo. Regulations to curb lead use are weak and, in some cases, unenforceable. Consider one report that describes lead shot restrictions as “encouraged and underway.” Consider also a rule that requires shooters to curb their lead ammo use by 25 percent. But who’s counting?

Moving Forward
Back in the U.S., waterfowl hunters stopped their kicking and screaming about lead shot bans a long time ago. Industry responded with a solution, as industry usually does. Now the lead controversy has moved into the realm of rifle ammo and fishing tackle. Likely, we will have to again adapt, and industry will innovate. I’m just glad I don’t have to go back to hunting pigeons with my Wrist Rocket slingshot. Although, come to think of it, I kind of miss that!