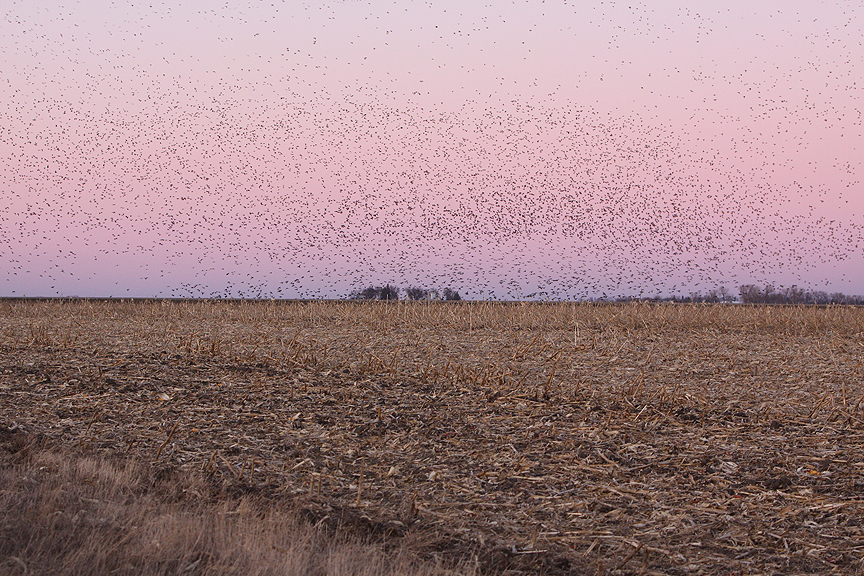 Ducks are migrating later, or so it seems. Many hunters suspect this and research has been put forth to support it, but are late arrivals at points south a trend or an anomaly? Are recent observations following a long sloping curve, or a short bump on a fairly straight line?

As hunters, my own observations and those of my friends tend to agree with the hypothesis that the big mallard migrations in our part of the world are getting later, at least if you can call the last two years a TREND. We’ve adjusted our hunt schedules accordingly, moving our planned annual “late” week of hunting back a bit, but we’re responding to climate change, not so much bird change. We want to land just in front of freeze-up, and freeze-ups have been a bit later in the past few years. We were spot on with our timing two years ago but got caught between two pushes of birds last year.

But last year was an odd year. A drought was in play. Birds had open ground to find waste grain up to and beyond Christmas on most of the northern prairie. And the amount of waste grain is staggering these days with record corn acreages now pushing up to the Canadian border. Yes, it got cold. But ducks and geese will hold water open by their own mass and movement when food supplies are plentiful, and we witnessed that up here. When judging migration timing, I believe last year has to be tossed out simply based on the dry conditions.

The previous year, 2011¬–12, was also an odd one. The week after Thanksgiving, after many hunters had retired to deer hunting and Sunday football, portions of the northern prairie teamed with late-arriving mallards. Again, it was dry, and this snow-less respite lasted past the season’s closing day. I hunted in Mississippi in late December that year. Not surprisingly, it was slow by their standards because their late birds were still up north, but soon after they had excellent hunting, corresponding with northern, winter snow events.

When I hear comments about late migrations, I have to wonder about those birds that migrate earlier. We seldom hear about early teal seasons down south suffering for lack of birds; as a matter of fact much the opposite is true. Same with the general duck season openers in Mississippi, Louisiana, Missouri and Arkansas where they shoot gadwall, pintail, teal, wigeon, and mallards (migratory birds). I hear favorable reports each year about those events, most described as good to excellent when the water is right. Many ducks migrate according to day length and only need the right weather to cause them to move south.

Massive waterfowl migrations are a different story. They require a combination of factors, not the least of which is a major low-pressure event. The last time these factors aligned perfectly was October 27, 2010. If you had your eyes on during that week anywhere in the Mississippi and Central Flyways, you WOULD remember it.
I hunt, so I’m subject to the same frustrations as everybody else. But I’m also skeptical that birds are changing. In the scheme of things, our memories are short, our research sparse and “normal” is a dangerous word when it comes to bird migration.