Being a Minnesota native son, I’m sad to hear that the curtain has closed on the Minnesota Waterfowl Association. As of last fall, the MWA IS no longer. Founded for all the right reasons, the organization did some good things in its 52-year life span, but it lost touch with today’s young waterfowlers at a time when the old guard was passing. That’s not a good combination. Aside from harkening back to those board members I watched and respected, and the wins, both big and small along the way, I’ll remember it most for its Camp Woodie (wood duck), an annual, weeklong retreat for youngsters that taught hunting and conservation in a hands-on way. We published a story on Camp Woodie some years ago in American Waterfowler and got a lot of positive feedback from readers. 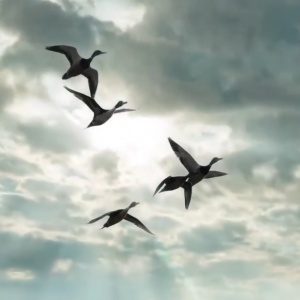 s it was just the MWA’s time to pass away. But it brings up an uneasy feeling that’s been percolating in me for a while. It’s a feeling that perhaps too many of us today don’t take seriously just how fragile our resource really is.

It makes sense that we might think otherwise. We hear about big survey tallies, Canada goose comeback stories, overabundant snow geese and perhaps think, “Well, everything is great.” We see bird limits unsurpassed in modern times: 15 Canada geese per day in the early season in North Dakota, with a 45-goose possession limit; eight geese per day during the regular season; 50 light geese per day in North Dakota in the regular season; unlimited white geese in spring season. Even six ducks per day with 18 in possession is a gift (make it seven per day in the Pacific Flyway) to those waterfowlers who remember the two-duck limits.

Less talked about is that pintails have crashed. Once they outnumbered mallards nationwide. Canvasbacks now are number 15 among birds most harvested, when historically they once vied for top of the list. Hello! On the East Coast this year the mallard limit is two. Only one can be a hen! Maryland’s Canada goose limit is one per day. The pintail limit is one nationwide.

And yet we are buoyed by Instagram and Facebook posts of giant piles of birds. “We got this,” we seem to say. “No problem. Lots of birds where we hunt.”

Is the conservation message somewhere buried under these enormous piles of birds? Are we fooling ourselves into thinking that we’re riding an endless gravy train?

Lots of guys, myself included, send their $35 each year to Ducks Unlimited. Perhaps half of those might attend a DU banquet. Or not. But our dedication can’t end there. It’s got to be part of our lifestyle. WHERE DUCKS COME FROM should be our mantra. And we need to make ourselves the gatekeepers—in the way we live, the way we favor breeding ground conservation and the way we use our votes. That wetlands and grasslands come first must be the basic tenant of our waterfowling faith. Wetlands aren’t dumb. They aren’t boring. They’re our future.